On behalf of the general custodian in the Ministry of law, Tiroche auctioned a set of three 18k gold and diamond rings given to Shula Zaken by the late Shmuel Dachner, state’s witness in the Holy Land trial. The rings were forfeited from Zaken, ex-head of chamber to Prime Minister Ehud Olmert, as part of her trial and conviction in the Holy Land trial. They sold for 1,652$. In this sale, a 14k gold vesta case, in the form of a Torah from the estate of Miriam Eshkol, with a letter inside inscribed and dated 25.07.1928: ”Given by Lady Mountbatten-Batterseld to the Earl of Balfour on his 80th birthday”. Lord Balfour signed a declaration bearing his name of Britain’s support to establish a Jewish state in Israel. The case was sold for 25,960$, much higher than the estimate. 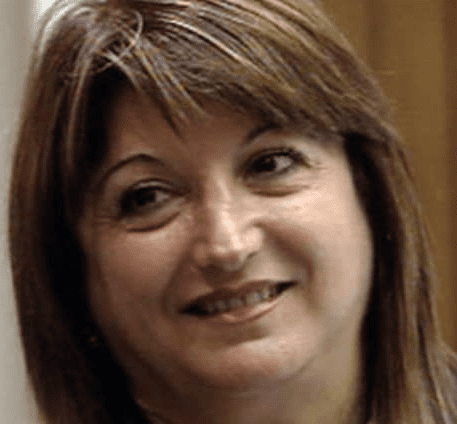 Auction No. 159 – A postcard sent by Defense Minister Moshe Dayan to his granddaughter

An extraordinary item was sold in this auction:
a postcard, sent by the defense minister Moshe Dayan, from Camp David in 11.9.1978 to his granddaughter Ella in Nahalal: “Sweet Ella, a memento from Camp-David. The Egyptians and us, with the help of the Americans, are trying to make peace. Will we succeed? Nobody knows. Love, granddad.”
The postcard, framed, depicting a photo of the entrance sign to Camp-David, $sold for 2,300$ dollars with a starting price of 1,000. 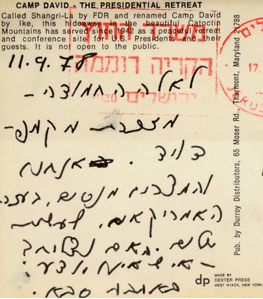 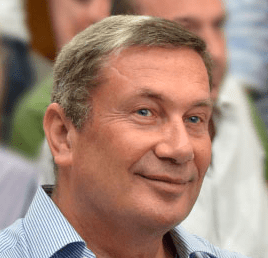 Auction No. 146 – Three paintings from Lea and Yitzhak Rabin Collection and Items from the Estate of Suzy and Abba Even

Three paintings belonging to Lea and Yitzhak Rabin and that hung on the wall of the apartment in Ramat Aviv were auctioned: a painting by Shmuel Bak “Still Life” sold for 4,600$. A work of art by Liliane Klaphish sold for 4,000$ and a work of art by Lea Nikel sold for 20,000$, much higher than the starting price. This sale is another of a long line of sales held at Tiroche starring estates of late state-people and Israeli leaders such as the estate of the late Chief of Staff Mota Gur and the estate of the late fourth prime minister of Israel Golda Meir. A new record price was set for the female artist Michal Naaman. Her work Suck Life Life Sucks from 2002 sold for 16,000$ (estimated at 9-12 thousand dollars). 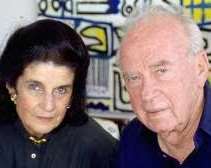 Auction No. 150 – Works of Art from the Jean and Simone Tiroche collection and record prices for the artists Eran Reshef, Ori Gerscht and Moshe Kupferman

“Pink Wall Cabinet” by Eran Reshef sold for a record price for the artist 71,500$. A work by Ori Gerscht, “Explosion”, a large photograph of a bunch of flowers exploding on a black background, sold for a record price of 57,500$ and a work by Moshe Kupferman sold for record price for the artist at 78,200$. The highest price goes to Reuven Rubin, 126,500$ for the painting “Young Girl” from 1920, from the Jean and Simone Tiroche Collection. The sale included works from the Lea Gottlieb collection, founder of Gottex. 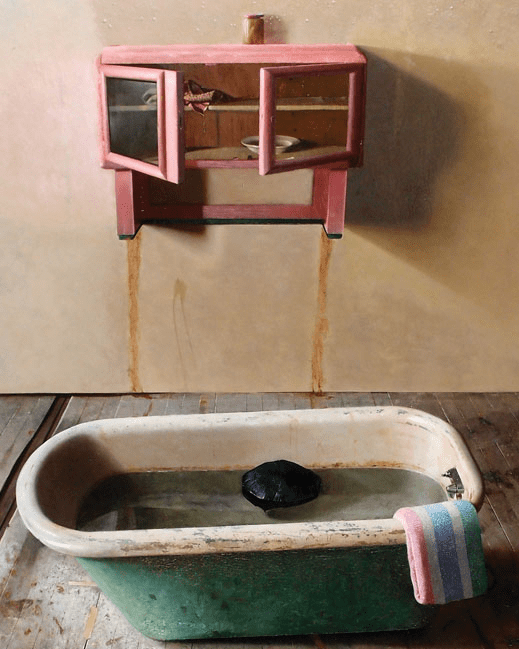 Auction No. 142 – New Record for a Sale in Tiroche – 95% of the lots were sold for a total of 3.7 million dollars including record prices for 4 artists and the most expensive work of art ever sold at Tiroche 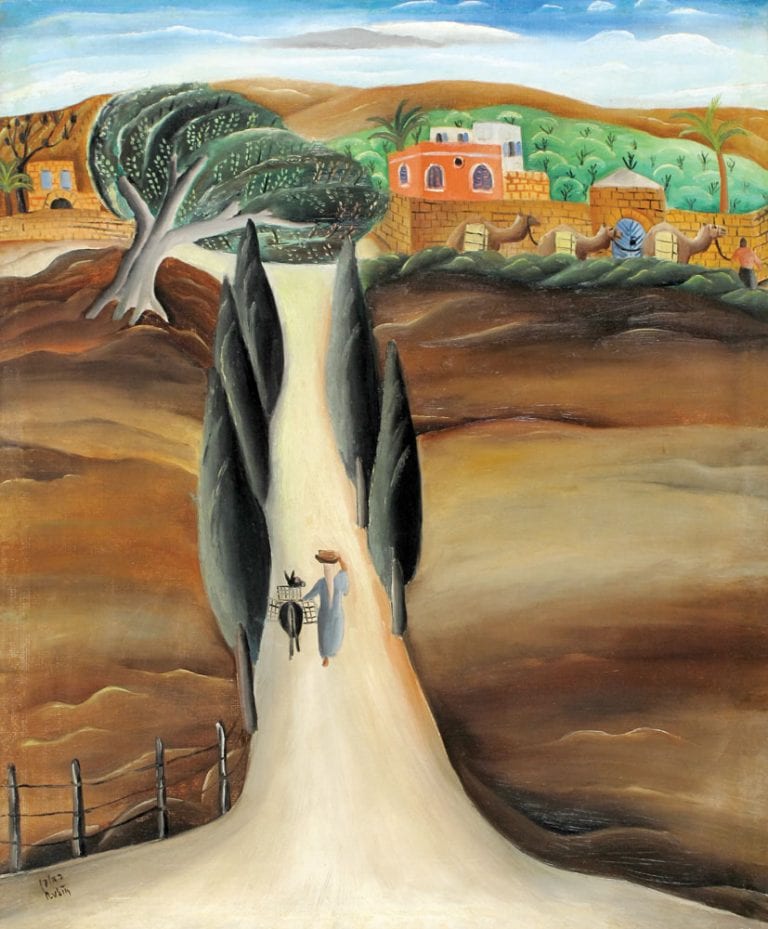 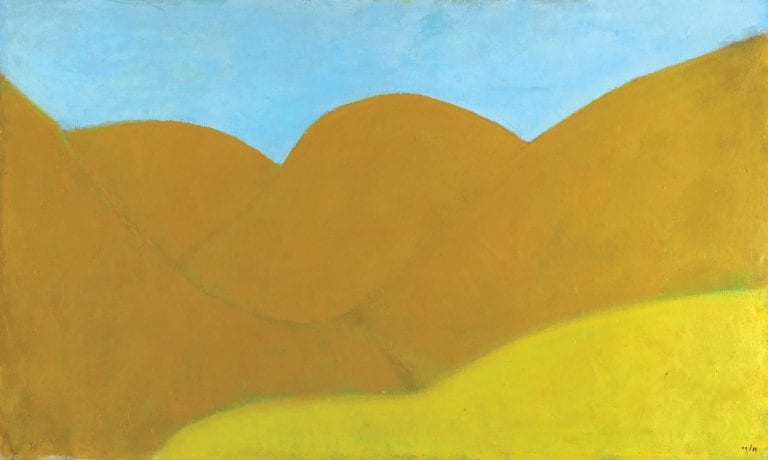 Auction No. 138 – Paintings from the Gaby and Ami Brown Collection sell at auction for the first time.

In this sale 50 works of art from the Gaby and Ami Brown Collection were auctioned. One of the most important collections of art in Israel, sold for the first time at auction. In 2001 Amo brown (then 81) offered to donate his collection of Israeli Art for the purpose of building an Israeli Art Museum in Beer Sheva, but the project never came through due to difficulties in raising the funds. 92% of the 50 works of art sold for 446 thousand dollars. The most expensive work of art was a painting by Reuven Rubin “Self Portrait with an Olive Tree and a Dove”, selling for 94.3 thousand dollars high above its estimate of $50,000 – 70,000. 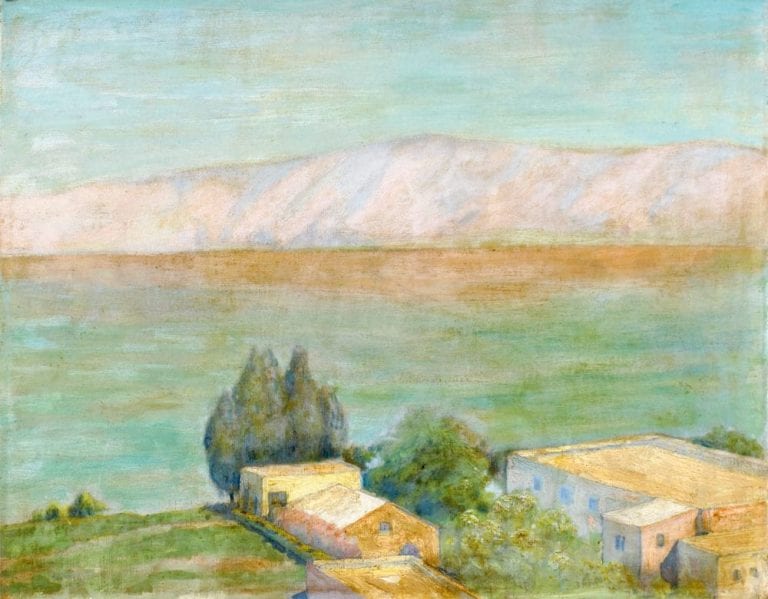 Auction No. 133 – Record Price for the Artist Moshe Mokady at Auction 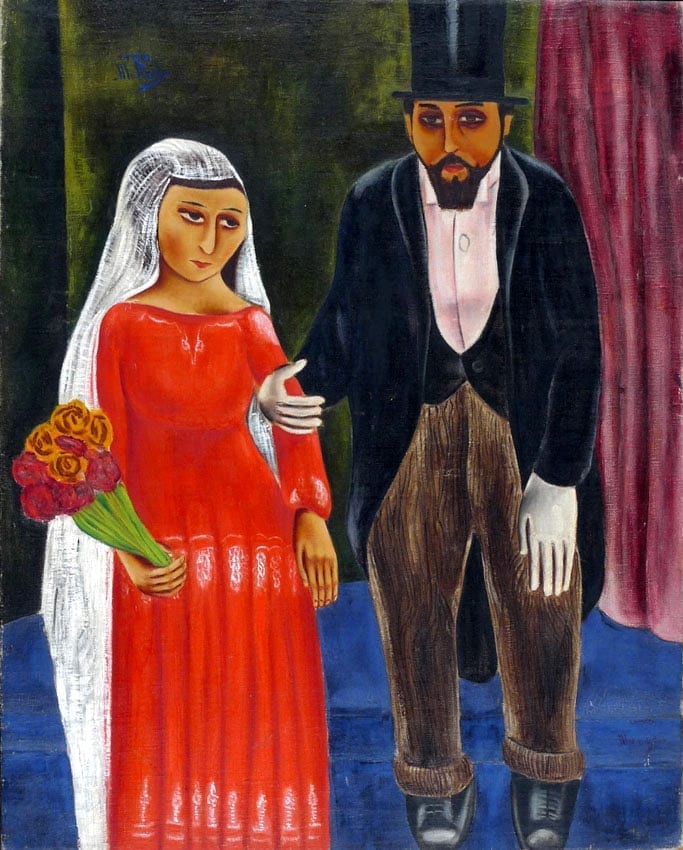 Diplomatic passport no. 633 –David Ben-Gurion – is sold at auction in Tiroche to a private collector for 15 thousand dollars. A decade later, the owner puts it up for auction in Tiroche, selling twice as much this time for 35 thousand dollars. The passport was issued in 24.11.1950 and was extended 3 times until 23.08.1960. Signed by the Head of the Foreign ministry office Walter Eitan “this certifies that the owner of this passport David Ben-Gurion is the Prime Minister of Israel”. Height: 165 cm, eyes: blue, hair: white. On page 6 the signature and photo of David Ben-Gurion. Includes stamps from different trips during those years. 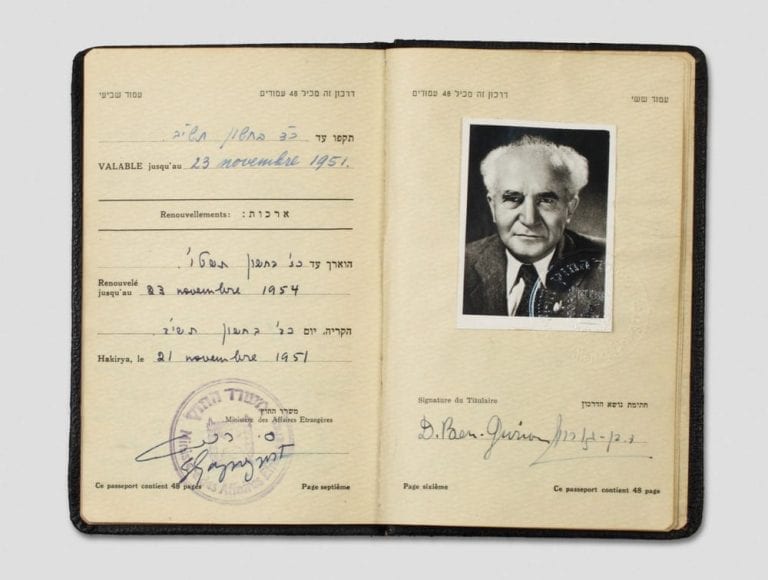 Auction No. 51 – The piano from Siena and a silver vase gifted to the late Prime Minister Yitshak Rabin.

In this sale a large silver vase given to the late Prime Minister Yitshak Rabin by the patriarch Deodorus. The vase arrived in Tiroche from the warehouse of “Hazorfim” shop in Jerusalem. In June 1992 the patriarch gave the vase to Rabin and his wife Lea. She decided to exchange the vase for two plates. The shop forgot to erase the dedication on the vase and so it turned up at auction with an estimate of $4,000 – $6,000 dollars and sold to Dudu Topaz for 13 thousand dollars. For articles relating to this auction click here. In this sale the “Siena Piano” was auctioned. Handmade and built as the only model 200 years ago by Sebastiano Marchisio in Turin. 50 years after it was built, the façade was carved by artists and it was exhibited in the Paris exhibition. In 1868 it was given as a wedding gift to the town of Siena and the Italian heir to the throne, Prince Umberto, who later became king. Almost 80 years later, the piano stood in the King’s palace until it was stolen and made its way to Israel somehow after the Germans abandoned it during the battle of El Alamein and it was looted. In Israel, it was purchased by a piano tuner Avner Carmi who claimed that the wood used to build the piano was originally two pillars looted by the Romans from the Holy Temple in Jerusalem. Carmi went to great lengths to get international recognition for this unique musical instrument, for its tune as well as its wood carvings. The piano was sold by Carmi’s daughter to a private collector in Israel for 190 thousand dollars. 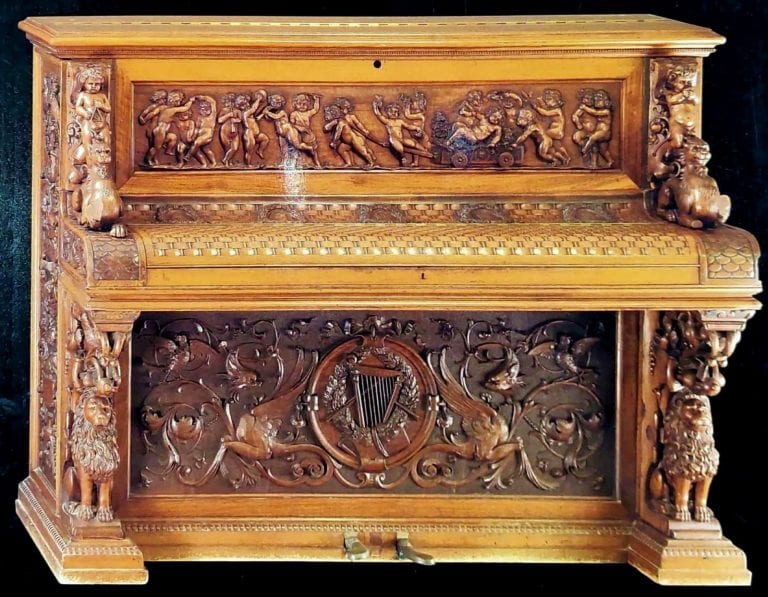 Auction No. 50 – The Collection of Aviva and Sammy Ofer

On the occasion of moving to a new home, Sammy and Aviva Ofer auctioned items from their home, selling for 200 thousand dollars. Among the items sold: A French, late 16th century sofa set estimated at 2,000 dollars, sold for 6,000 dollars. A French table, a French bronze Louis XVI style chandelier and more… 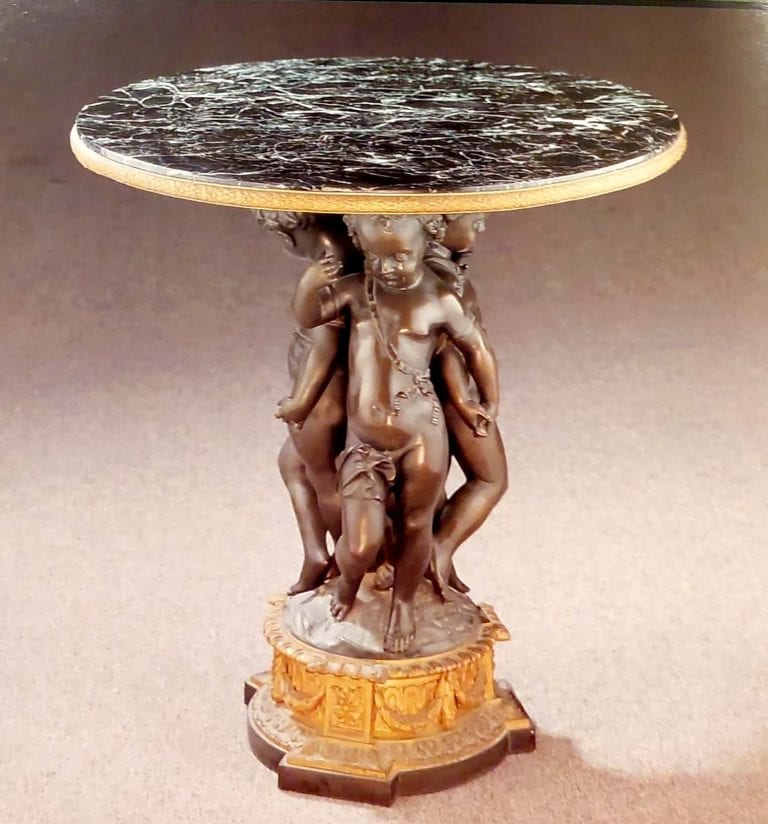 Auction No. 26 – Israel-Egypt Peace Agreement and the Will of Ben-Gurion

The last page of the Israel-Egypt peace agreement, with the signatures of Ben-Gurion, Sadat and Carter was sold in Tiroche causing quite a scandal. The Ministry of Foreign Affairs was convinced that a copy of the nine copies made was stolen. Finally, they checked and found that all nine were still in the safe so how was it possible that there was a tenth copy? Only today is it possible to tell that a journalist present at the ceremony approached the three personalities and said that he must have their signatures since his paper was about to close and he was in a rush to publish. He gave them a copy of the agreement that was handed out to the journalists which they signed. Years later, he gave Tiroche the document to sell, fetching 35 thousand dollars. Ben-Gurion’s will was also sold in this auction, handwritten by Ben-Gurion in 1918, in which he writes about his plan to come to Israel to fight together with the Hebrew battalions, leaving specific instructions for children’s names as his wife Paula was pregnant at the time. He also writes how he wishes that the royalties from his books be divided. 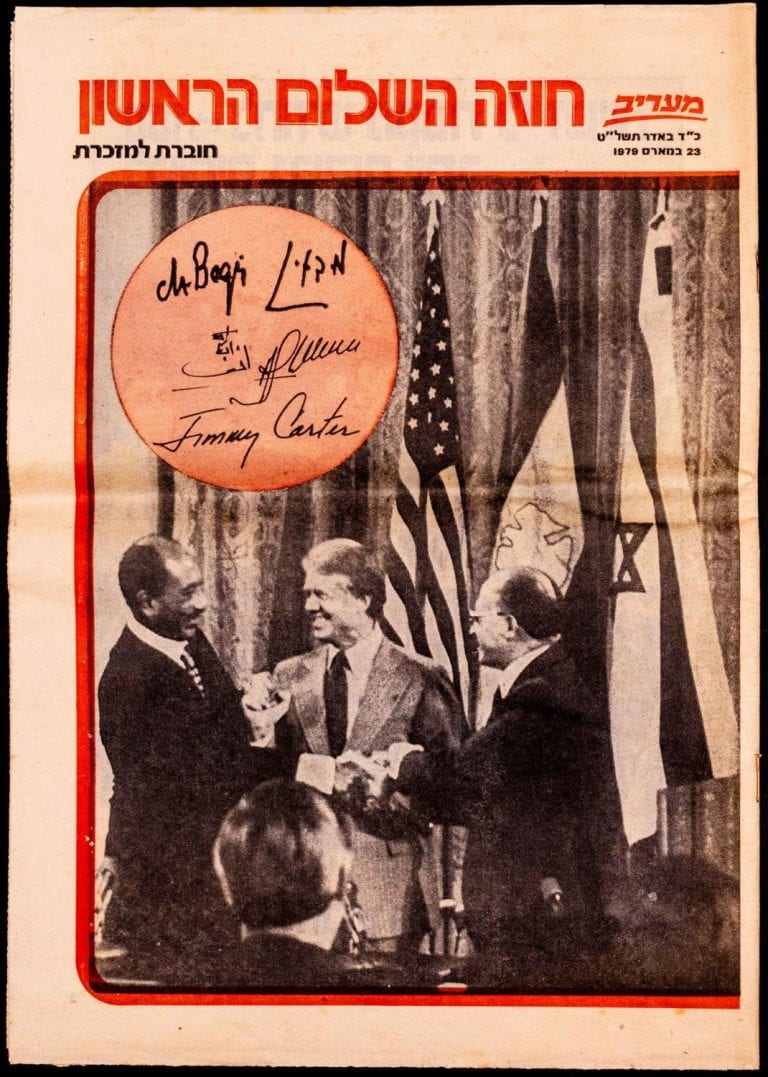 Auction No. 14 – The Abie Nathan Collection

Abi Nathan’s private collection of art, accumulated for over 40 years, was sold at Tiroche and fetched a total of 175,675 dollars. 90% of the 200 lots were sold. The highest item sold, fetching 18,700 dollars, was “Tsuba – Window in the Studio” oil on canvas by Zartitsky. A work by Stematsky sold for the same price. “Three Camels” by Reuven Rubin, charcoal pencil from 1957 sold for 2,640 dollars. 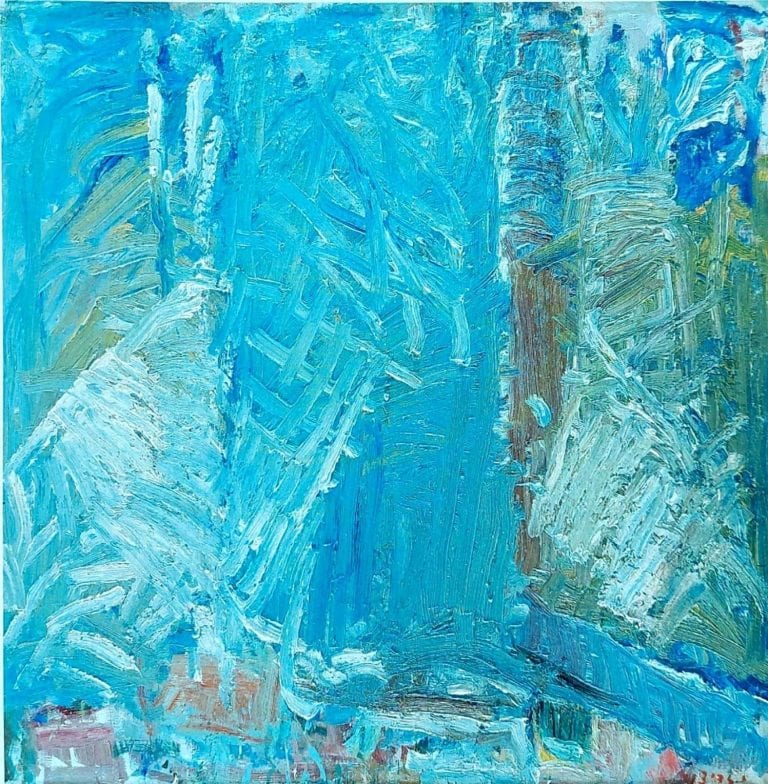 The first auction to take place in Tiroche was of the art collection of Plato-Sharon. 76 works of art adorned his then grand home, seized by the receivership and auctioned in Tiroche by court order. Among the items sold: prints, sculptures by Rodin, Gaugin, Dali, Renoir, original pictures, black wing piano, Mane-Katz rug and one large barometer. 25 lots were catalogued as “artistic reproductions” – perfectly accurate copies (fakes) of artworks by well-known artists: Chagal, Monet, Kisling, Soutine, Reuven Rubin and more. The art works, estimated at approximately 110 thousand dollars, sold for 384 thousand dollars. A bronze by Salvador Dali, “Bird Man” was the highest sold item, fetching 40 thousand dollars. 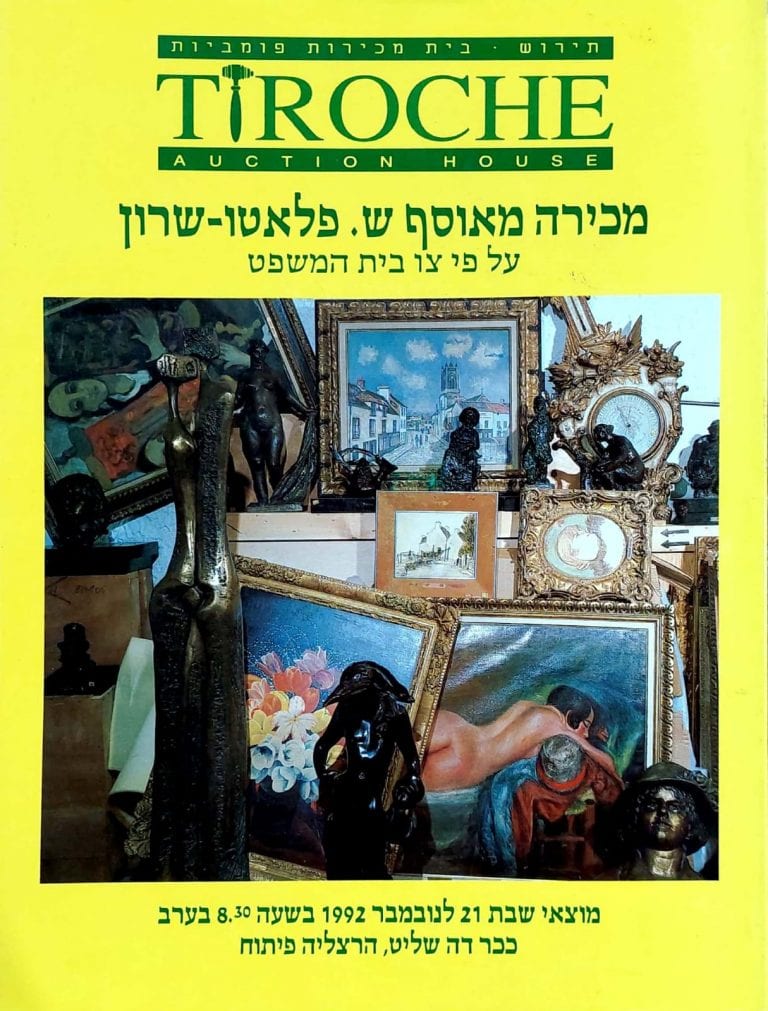